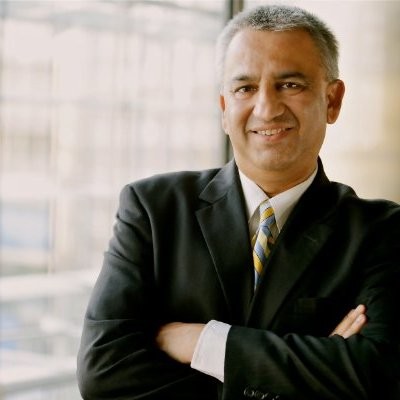 Crown Agents Bank, a UK-based firm which focuses on foreign exchange (FX) and cross-border payment services, has appointed Bhairav Trivedi as its next CEO.

The appointment is still subject to regulatory sign-off. But a source tells FinTech Futures this approval is “expected imminently”.

Trivedi has spent the last nine months overseeing the rescue of Finablr, the Travelex operator based out of the United Arab Emirates (UAE) which fell into $1.3 billion of debt. The London Stock Exchange (LSE)-listed payments provider eventually sold to Prism Advance Solutions in December.

Prior to Finablr, Trivedi led Network International, the Dubai-based payments giant which expanded into Africa last year with an acquisition after decades of largely focusing its efforts on the Middle East.

Trivedi’s career to date is impressive. It also includes a three-year-long stint at Citi where he managed the major US bank’s remittance services. Alongside a seven-year tenure in the Indian Navy.

Now he’s set to join Crown Agents Bank, a small, profitable, UK-regulated bank which houses some 150 employees, according to LinkedIn.

The transaction bank claims to hold around $1.3 billion in assets. It focuses on cultivating deep-rooted connections with emerging markets. Primarily in Africa, the Caribbean and South-East Asia, acting as a commercial gateway for entities seeking to operate in these regions.

Current group CEO, Albert Maasland, took up his role back in February 2017. Prior to this, he served as a non-executive director since 2016.

“I feel now is a good moment to hand over,” says Maasland. “Especially as – in Bhairav – we have found a new CEO for the Bank with the experience and capabilities to complete the bank’s transition.”

Joining amid a digital transformation

Trivedi joins Crown Agents Bank in the midst of its digital transformation. The bank has hired the payments veteran for his cross-border remittance expertise.

Not only does he bring years from Network International and Citi, he also founded PayQuik. He worked at the money transfer start-up for seven years before selling the entity to his future employer, Citi.

And for a year and a half, he headed up operations at Sigue Global Services, a London-based payments firm with global reach.

“Our goal moving forward, as an institution, is to continue to expand the business in the markets we serve,” Trivedi says of his imminent appointment.

Since 2016, the bank claims revenues have enjoyed “a four-fold increase”. In 2019, the bank bought Segovia’ payment gateway product and team.

The bank said the deal meant it could offer “a much wider range of digital payment and FX capabilities”.