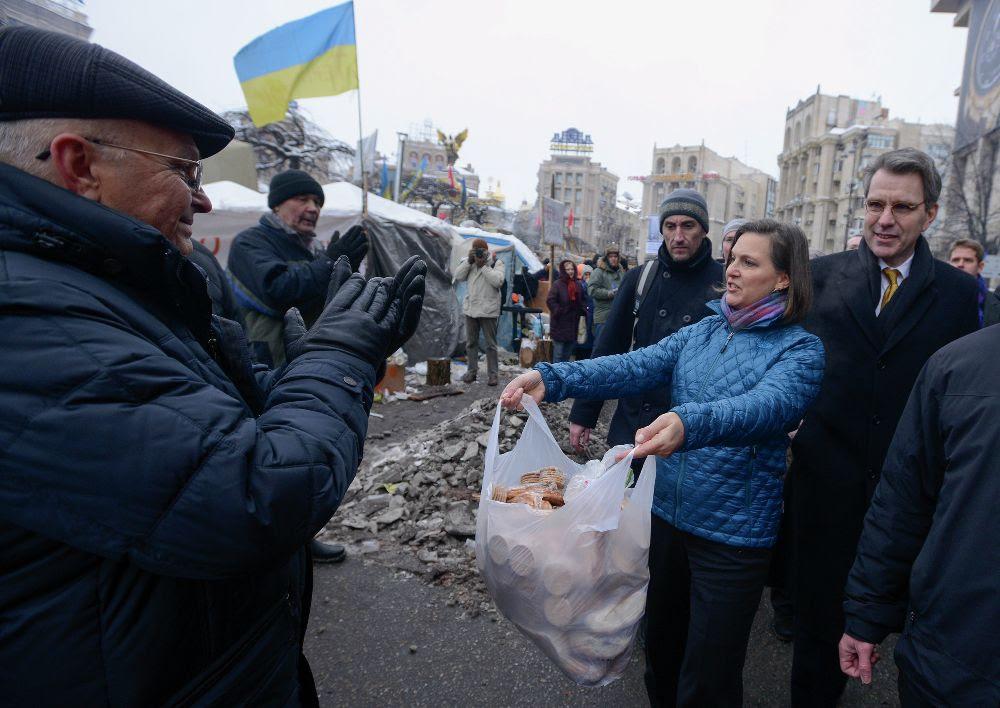 Like me you are probably looking over photos of supposed Trump supporters breaching the ramparts and storming the Capitol yesterday. That is if you can find them. To “protect” us from viewing these incredibly “disturbing” scenes, Twitter has helpfully announced that it will severely restrict their distribution across its network. We can all rest easier, I suppose. Though even memory-addled Americans may recall the free-for-all in posting BLM and Antifa violence on Big Tech’s Big Platforms.

Conservative politicians and “responsible” Beltway libertarians are wringing their hands over the supposedly horrible optics of people breaking through police lines and violating that Most Holy of Sanctuaries, the Senate Floor! The religion of America is politics and any violation of the sanctity of that Holy Body is to be condemned.

Many of us, myself included, are not concerned about weirdos in buffalo horns occupying that sacred space reserved for Saint Mitch McConnell. “Oh no! It will give CNN something to say about how horrible is the opposition to the incoming robber administration, whose ‘victory’ is doubted even by almost one in five Democrat voters!”

The mainstream media and whinging Republicans are having a panic attack over those evil people who don’t like the feeling that their vote was stolen! The opportunities for “responsible” Republican virtue signaling are endless and too intoxicating to resist.

So do we support the “occupation” of the Senate Chamber as an expression of righteous anger over the feeling that the election was stolen? Not really, because it will not achieve anything. As we said in yesterday’s Liberty Report, the Republicans have lost both chambers of Congress mostly because they are devoid of ideas. They scream about socialism while voting for insane spending bills that only benefit the rich and well connected. They decry the Democrat obsession with Russia as the enemy not because they know it’s bogus, but only because they want their own enemy: China! They dream of war with Iran and endless occupation of the Middle East. They drool over the prospect of more “American global leadership” without pausing for a moment to think that the rest of the world has had quite enough “leadership” from US neocons and “humanitarians.”

Is anyone shocked that Republican empty minds were rejected at the polling place?

So let’s look for a silver lining. Opposition to Leviathan must be based on principle. The Democrats and Republicans are nearly identical in their view that only the political elites, from the Sacred Throne of Democracy recently defiled by the unwashed masses, can save us from ourselves. We don’t know how to manage our lives, we don’t know how to manage our health, we are far too stupid to simply live without their constant guidance.

Remember the monster Victoria Nuland? Obama’s assistant secretary of state who was the prime mover behind the murderous coup in Ukraine? Where thousands died unnecessarily because Obama’s foreign policy geniuses thought bringing Ukraine into the US orbit—regardless of what Ukrainians actually wanted—would be a great idea? The nasty woman who actually walked amongst the most violent US-sponsored thugs and offered them cookies to keep them energized as they murdered their fellow citizens?

Remember Nuland’s intercepted phone call where she did not even try to hide the fact that the United States had arrogated to itself the authority to determine who would run postcoup Ukraine? “F*** the EU,” she said. Yeah, that’s “American global leadership,” neocon style.

How many Republicans supported this most idiotic and pointless policy? Most. Because they have no principles.

Well, the big failure Nuland is back, demonstrating that there is nothing like being catastrophically wrong in foreign policy to boost your career in Washington’s foreign policy establishment! Incoming Biden has announced that he would reward neocon Nuland for her incompetence with an assistant secretaryship for policy at the State Department.

There are many areas wide open for us—we noninterventionist, nonpartisans—to affect the debate in the coming people. It has in a way fallen into our laps: we oppose interventionism on principle, and we have no opposition because no one else has any principles! It’s only about empty-headed power.

Schumer is drooling all over himself with his newfound power, tweeting “buckle up” yesterday. But he has no real power because he has no ideas. We have the ideas, and as Dr. Paul always says, no army can stop an idea whose time has come. Our time has come!

The dichotomous story of Robinhood

On Trans Visibility Day, the war on LGBTQ rights continues