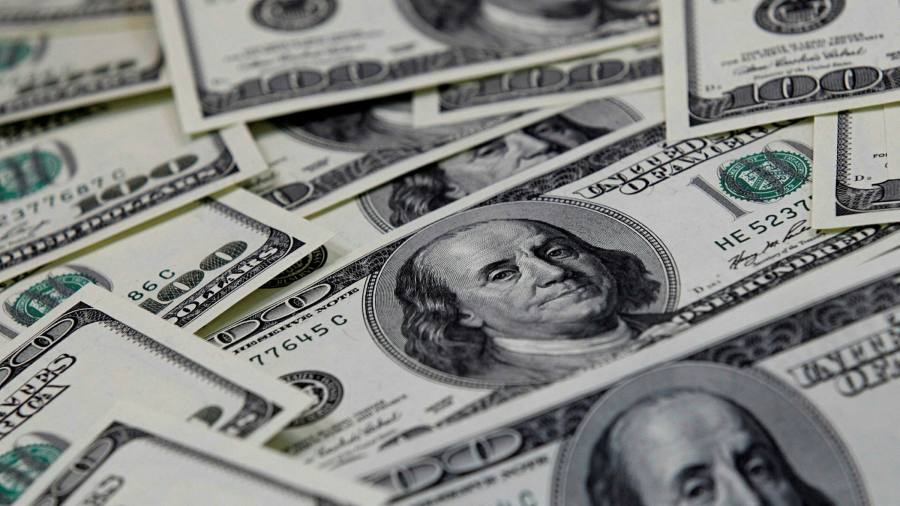 Hello from Brussels. Someone seems to have told the European Commission and some member states that foreigner-bashing on Covid-19 vaccine exports is a political winner, because now they’re all about the retaliation thing. This looks like a weirdly myopic and self-destructive obsession. More vaccine supplies are arriving, regulation and public hesitancy are bigger issues in some member states anyway and breaking up international medical value chains to score a point looks bizarre given the EU also depends on imports of vaccines and components. It’s one thing to close the stable door after the horse has bolted; it’s quite another to slam it shut just as the creature is trying to get back in.

Today’s main piece is on whether the fiscal stimulus across the Atlantic, welcome though it is (now there’s a US policy the EU might try emulating) might induce the distant but ominous bugle calls sounding the charge in a new currency war. Tit for tat asks Lindsay Gorman of the Alliance for Securing Democracy three questions about Taiwanese pineapples.

Will the US again contract deficit attention disorder?

It is hard to remember what we expected before Donald Trump came to power — in fact, it is increasingly difficult for us to recall the fever dream of his four years in office. But we dimly recall that the big China-bashing thing was going to be over currencies as much as trade policy.

And we definitely remember exchange rates in the 15 years before that being a much bigger deal than tariffs and subsidies. China joined the World Trade Organization in 2001, and the US spent most of the next decade complaining that Chinese intervention to hold down the renminbi against the dollar was blowing out the American current account deficit.

Nor was America always the aggrieved party. The Federal Reserve’s quantitative easing after the global financial crisis in 2010 had half of the emerging market world (led by Brazil, which, gratifyingly for financial journalists everywhere, called a currency war a currency war) lined up to complain that the US was deliberately weakening the dollar.

Well, here we are with another big economic shock in Covid-19 and another big macro shift, the Biden administration’s fiscal stimulus, likely to be more than 10 per cent of gross domestic product this year. Whether you think this wise or not (Trade Secrets isn’t a macro newsletter, but this former Bank of England economist and FT Fed-watcher says go, Joe, go), some of the boost is undoubtedly going to leak out in the form of a wider current account deficit. Is more currency conflict on the way? Does US-China become an exchange rate issue again?

Our sense: probably not as much as in the past, but the policy and the messaging is going to need some careful management. At least we are not making the same mistake as after 2010, where the US’s feeble fiscal stimulus left the Fed doing too much of the work. Too-tight fiscal and super-loose monetary policy meant subpar growth and a weak dollar.

The opposite is more likely now that the Fed tightens in reaction to the stimulus and drives the dollar higher, prompting domestic US complaints about the deficit and focusing attention on the exchange rate. Mark Sobel, a veteran former US Treasury official who has seen a currency conflict or two, has warned of precisely this outcome. Europe and China are not matching America’s stimulus, meaning surpluses in economies such as Germany are likely to rise.

A blowout to the 6 per cent US current account deficit levels during the 2000s seems unlikely, not least because the rise of fracking since then has reduced the country’s energy deficit. But the numbers are still substantial. The deficit in 2020 was 3.4 per cent and rising by the third quarter of last year: Joe Gagnon of the Peterson Institute think-tank in Washington says the stimulus could easily add a percentage point to that, maybe a bit more.

So that is the threat. There are reasons to be sanguine, however. The Fed, which under a revision of its mandate made last year is attaching far greater weight to achieving full unemployment before raising rates, seems pretty insistent it is not tightening any time soon, evidently confident that inflation expectations are pretty well anchored.

Also, even if the dollar strengthens and the current deficit widens, it is much harder to make a case that this is China or Europe actively manipulating exchange rates. China long ago abandoned its dollar peg, and it is sufficiently concerned about capital outflows to have intervened to prop up the renminbi in recent years.

The rhetoric in China these days is all about “dual circulation” or a self-sustaining domestic economy, not export-led growth. Gagnon has been one of China’s sterner critics in Washington over the years but, he says, “They know they are now too big in the world economy to let their current account surplus go to 10 per cent again”.

Obviously, if the US external side becomes a political problem, China is always there for American policymakers to blame. But as long as the US economy performs well it is not clear Americans will really care about the current account. And the administration’s Buy American rhetoric, whatever the reality is, might convince Americans that more of the government procurement part of the stimulus at least is staying at home.

America’s tension with China is much more about technology and national security than it is with deficits. There is plenty of Washington-Beijing nastiness ahead — just look at the combative first meeting of senior officials last week. But we doubt that deficits and currencies are going to be the main act.

The FT’s Frankfurt bureau chief Martin Arnold has written about the impact of the EU’s sluggish vaccine rollout on growth in the region. Private sector forecasters have downgraded their projections for the second quarter, while the European Central Bank’s latest expectations, published last week, also look pretty bleak:

For an idea of how much longer some EU member states are taking to vaccinate their populations compared with the likes of the UK, here’s a striking looking at the difference in the proportion of those in Ireland and Northern Ireland that have received their first shot:

You’ve written recently about the freedom pineapple. Can you explain what this is?

Last month, China banned imports of Taiwan’s pineapples in a move to increase pressure on the democratically governed island that Beijing claims as its own. As Taiwan’s largest trading partner, the mainland Chinese market accounts for over 90 per cent of Taiwan’s pineapple exports. In response to the ban, Taiwan’s government launched a viral public campaign, #FreedomPineapple, chirpily encouraging residents to increase purchases of pineapples in order to support the island’s growers. Eat Taiwan’s pineapples “until you burst”, exhorted President Tsai Ing-wen. Restaurateurs rushed to use more pineapples in cuisine, adding the fruit to traditional dishes like beef noodle soup and nut salads.

For Taiwan, #FreedomPineapple is about the resilience of its vibrant democracy in the face of authoritarian coercion. The pineapple war comes at a time when tensions across the Taiwan Strait are high, and the island’s future is uncertain in the face of mounting pressure from Beijing.

Is Taiwan’s strategy something that other governments should get behind?

Taiwan’s strategy of taking the pineapple ban in stride and shouting it from the rooftops is a model for the world. They’ve called a spade a spade, met Beijing’s challenge head-on and refused to be bullied. In so doing, Taiwan is both blunting the effects of China’s economic leverage and turning the public opinion battle back on the Chinese Communist party. Weaponising its economic clout and the attractiveness of its market has become China’s chief coercive foreign policy tool. In silencing critical voices on human rights or unfair competitive practices, it has been incredibly effective. And it has cost democracies dearly across the globe. Shining a bright, global spotlight on these tactics, rather than tacitly acceding to them, is the only way the free world can punch back. And the more democratic partners join in, the more effective these efforts will be.

Has the freedom pineapple tag had the desired impact? Do you think we could see other governments following Taiwan’s lead here?

By every measure, #FreedomPineapple has been a wild success. According to Taiwan’s agricultural minister, within a week, farmers had received pre-orders for more thousands of tonnes of pineapple than the quantity of exports to China in an entire year. It’s also become a tool of diplomacy. Japan has ramped up purchases, and Taiwan is working to expand supply chains to other democracies.

Following Taiwan’s lead will take aplomb. But some of the groundwork has been laid. When China slapped tariffs on Australia last fall over press coverage of human rights abuses and the government’s call for an independent investigation into Covid-19’s origins, an international group of lawmakers, the Inter-Parliamentary Alliance on China, launched a “freedom wine” campaign urging allies to drink Australian wine in support of its embattled vintners. When China leverages its economy to suppress speech it finds unfavourable in democracies, public campaigns draw attention to these tactics and topics.

The international shipping industry is warning that unvaccinated seafarers threaten to tip the global supply chain into deeper crisis as countries introduce vaccine requirements at their borders.
Read more

A fire at Japanese chipmaker Renesas’ main factory could not have come at a worse time for the auto industry, already battered by a global shortage of semiconductors.
Read more

Alibaba’s livestreaming service, AliExpress, is making an impression in Europe, growing to about 180 hosts in Spain and widening its lead over eBay in France.
Read more

How Renee Montgomery pivoted from WNBA player to owner