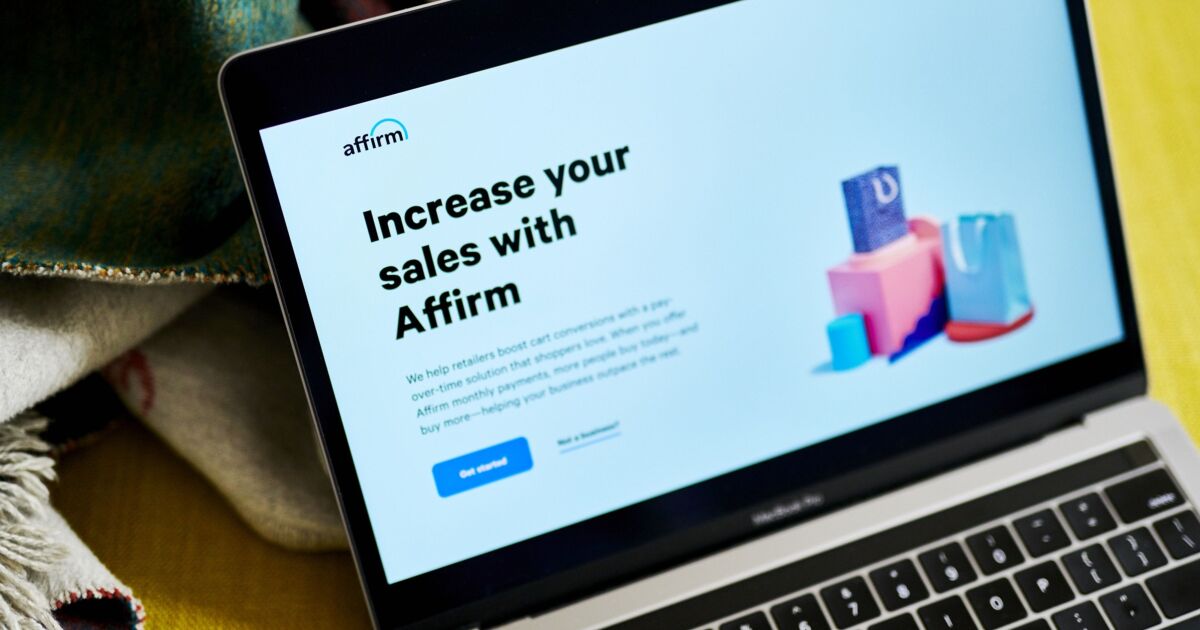 Affirm has taken its buy now/pay later model a step further by introducing a debit card that lets shoppers use installment payments for any purchase from any merchant.

The move will further encroach on traditional credit card issuers’ turf by expanding access to Affirm’s financing, which had previously required merchants to proactively offer it.

The Affirm Card is available now via a waiting list, and Affirm plans to roll it out broadly this year in a variety of colors, the San Francisco startup announced Thursday.

“Soon, whether shopping for a laptop at Walmart or glasses at Warby Parker, consumers will be able to choose to buy now or pay later, using the Affirm Card at checkout, online or in-store, with no hidden fees,” Max Levchin, Affirm’s founder and CEO, said in a press release.

The debit card will further streamline the process of getting instant credit at the point of sale, giving consumers a way to put purchases on an installment plan with four interest-free payments within the card’s app.

Affirm priced its IPO last month, pushing its valuation to more than $10 billion.

The debit card move is a powerful hedge against risk and losses heading into its IPO, said Brian Riley, director of credit advisory at Mercator Advisory Group.

“The company keeps its balance sheet free of large blocks of consumer debt, through a forward flow sale of many lending products to Cross River Bank,” Riley said.

By leveraging a traditional debit card, Affirm can link the card to a separate Affirm account that can pass funds to the debit card as required, Riley said.

“This action might cost Affirm on the interchange side, instead of using virtual credit or prepaid cards, but it is an elegant approach for linking the BNPL line of credit with a branded network debit card,” he said.

The use of a debit card with a stored-value account also gives Affirm visibility into its users’ cash flow — and thus, into their ability to repay their installment loans.

“We’ll have to watch how Affirm choreographs the debit card as a repayment vehicle for their BNPL loans. The linkage will simplify the manner in which accounts repay loans, but there might also be a risk in merchant discount fees charged to BNPL lenders,” Riley said.

Affirm Card users can pay in full with the card or choose an installment plan within a timeframe the company has not defined. Most buy now/pay later offerings favor a four-payment plan.

Following the lead of Sweden’s Klarna and a host of competitors including SplitIt, which is working with Mastercard to broadly offer installment loans, several traditional credit card issuers also have versions of the service. American Express, Citi and Chase, offer similar options by going online and requesting credit for specific purchases. Capital One has opted against installment loans, citing its concerns over credit risk.

Installment payments add a new complexity to managing credit, particularly since they may mask the amount of debt a consumer has incurred, analysts have suggested.

Affirm has not released details about its debit card’s issuer. Affirm already works with several lenders and platforms, including Cross River Bank, Celtic Bank and Marqeta.

7 WorkSpaces by Hilton for a Change of Scenery – NerdWallet

Israel stocks lower at close of trade; TA 35 down 1.33% By Investing.com